Hey everyone, my name’s Jesse and today we’re going to be cooking some sous vide steaks,  grilling them in the Combi. We’re also making some roasted vegetables, all in the same cooking chamber. I will show you how easy and intuitive it is. Can’t wait to show you.

We made a sous vide steak, and we cooked it to 137 degrees, which is about a little more than medium rare. I did a Montreal steak seasoning on top with butter, and then a little bit of rosemary to give a little bit of extra flavor depth. We sealed that up, sous vide. We did vacuum seal it but you can just use a ziplock bag if that’s all you have handy, and then let it cook.

The beauty of sous vide is that the meat waits for you. So whenever you’re ready to bring it out for final service, or you get a call for something, you can just take it out of the bag. You can save the juices to make a pan sauce. Then, you can throw it on the grill or grill plate, and it’s ready to go in just about two or three minutes, just get the outside ready.

So when we’re grilling or high temp cooking that we want browning on, we want to have a really high temperature. We’re setting it to about the max the machine will go, which is about 550 degrees, and we’re reducing the moisture out as much as we can because we want to encourage that browning maillard reaction on the outside whether it be on the vegetables or the meat.

With the space saver, you can generally do about six sheet pans full of stuff. The other big advantage is if you’re roasting vegetables in a conventional convection oven, it may take 35 minutes, 30 minutes, and we did them in six, so it’s a huge time saver.

When we’re using rack timers, you’re using a uniform cooking chamber to cook things at different temperatures. You’re able to set different timers depending on what you put in it. We don’t have to be watching the food to know when it’s done, the rack timer is telling us when the food is complete.

The goal when people come in is to open their eyes that there is a different way to do it. The traditional way isn’t necessarily bad, but it leads itself to inconsistency. The goal of using a combi oven is to help improve consistency, and that allows us to help them raise quality.

Click to learn more about the Flexfusion Platinum Combi Oven. Experience the difference that this Combi Oven makes by joining us in one of our demo kitchens in Virginia, Florida, Oklahoma, or Texas. 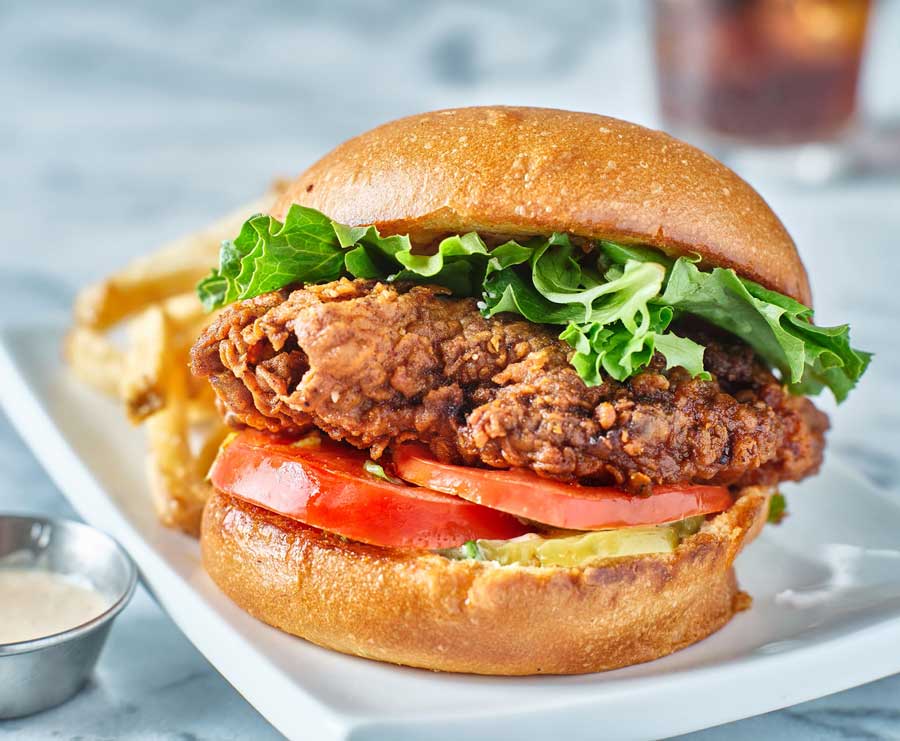 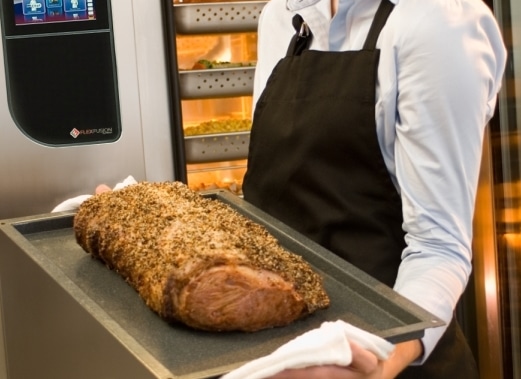